By Sonia Horon for Dailymail.Com

Reese Witherspoon, 45, has posted a number of Instagram photos from the set of the Morning Show, including one with friend Jennifer Aniston, 52, as well as actress Julianna Margulies and director Tucker Gates.

Witherspoon gave the pictures a title: “We have the best directors at @themorningshow! Here are some of the visionaries who brought this season to life. It’s hard to believe, tonight is already the FINAL !! Any predictions? ‘

The ladies were smiling in the first photo when the crew could be seen at work in the background.

A-List Cast: Witherspoon and Aniston smiled on the set of The Morning Show, along with actress Julianna Margulies and director Tucker Gates

The Morning Show is a drama series on Apple TV + inspired by Brian Stelter’s book Top of the Morning: Inside the Cutthroat World of Morning TV.

The second season premiered on September 17, 2021, and the season finale will be available on Apple TV + on Friday, November 19.

Jennifer and Reese play as co-presenters Alex Levy and Bradley Jackson, who have to navigate the toxic work culture of broadcasting in the fictional UBA network.

Both actresses gave fans a glimpse of what was going on on set by posting behind-the-scenes snapshots on their Instagram accounts. 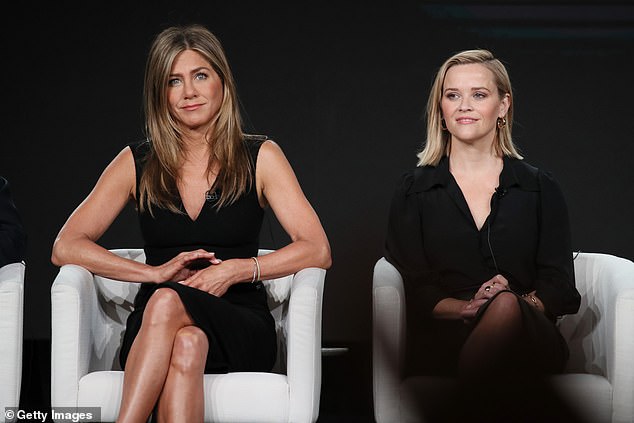 Friends and colleagues: Aniston and Witherspoon in the Apple TV + segment of the Winter TCA Tour 2020 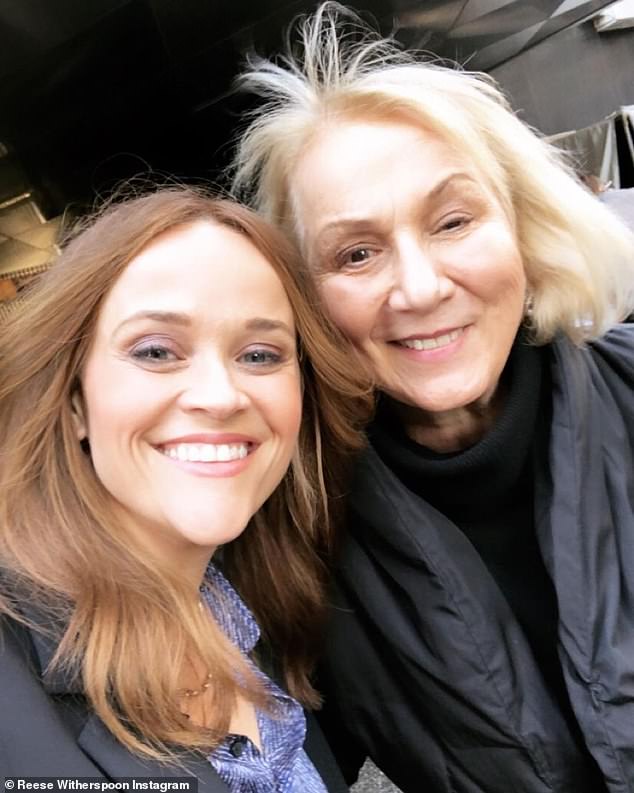 Say cheese! Reese grinned next to the director and producer Mimi Leder

Actress Julianna Margulies, 55, who plays veteran journalist Laura Peterson, said she took the chance to be a part of the show because she knew the writers “get women”.

Of her co-workers, she said, “Jennifer Aniston and Reese Witherspoon play these two very strong characters, and in season two, instead of bringing a man to break that balance, they brought in a woman. Hats off, because the truth is, women are more afraid of women. ‘

“You dress for women. We don’t dress for men. We dress for one another. We want to impress each other a lot more. It made so much sense, and I thought, ‘Ah, a show that attracts women. That’s great.’ 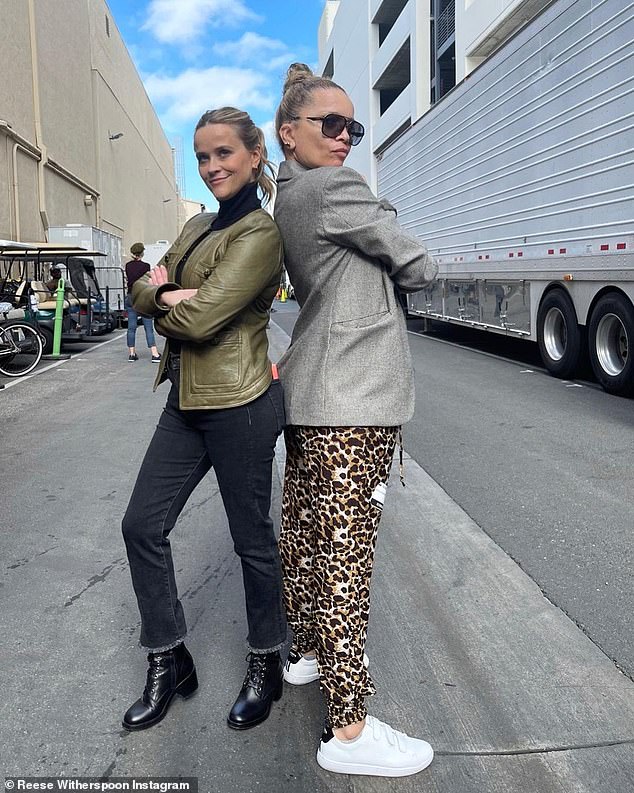 Life on the set: Witherspoon posed with director Victoria Mahoney in a green leather jacket and black boots. 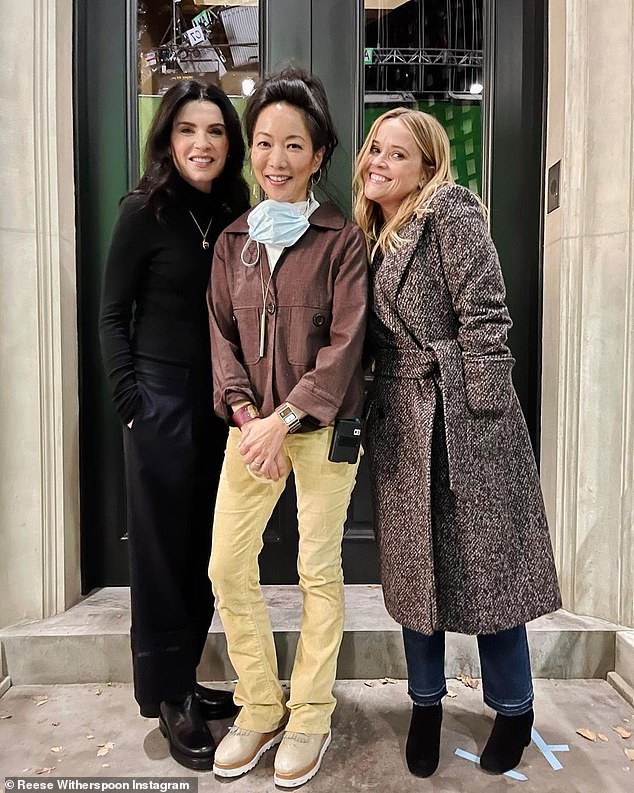 Behind the scenes: Witherspoon gave fans a glimpse of what was going on on set by posting snaps on her Instagram account.

On the Just for Variety podcast, Margulies also spoke about her lesbian scenes on the show. “I know there was a certain fear, ‘will lesbian actresses be angry?” and I can tell you that if a lesbian played a straight woman, I would never be mad. ‘

And Julianna loved the backstory Kerry Ehrin provided for Laura, including how her career derailed 20 years ago when she was outed.

She said, “It’s rare to learn such a rich 20 year history of who this character was before you can play it. This is usually the homework I do on my own. ‘ 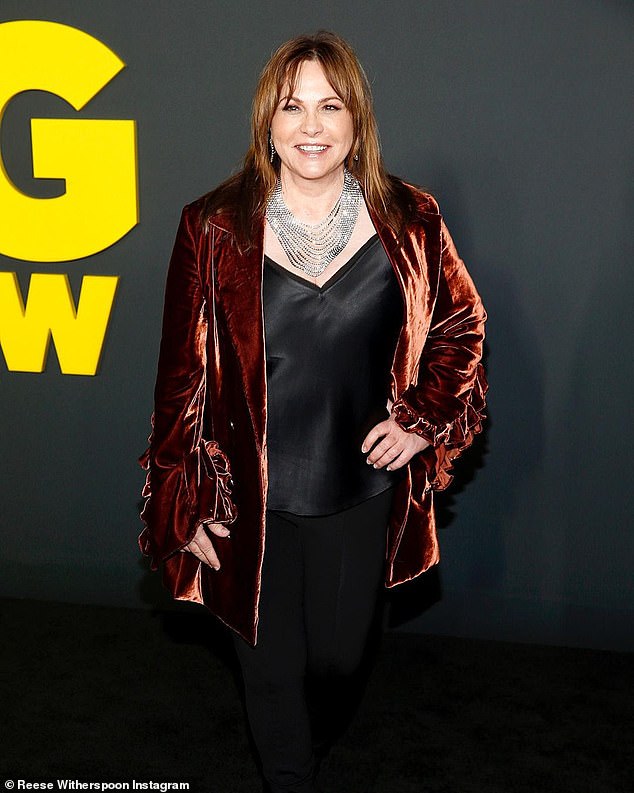 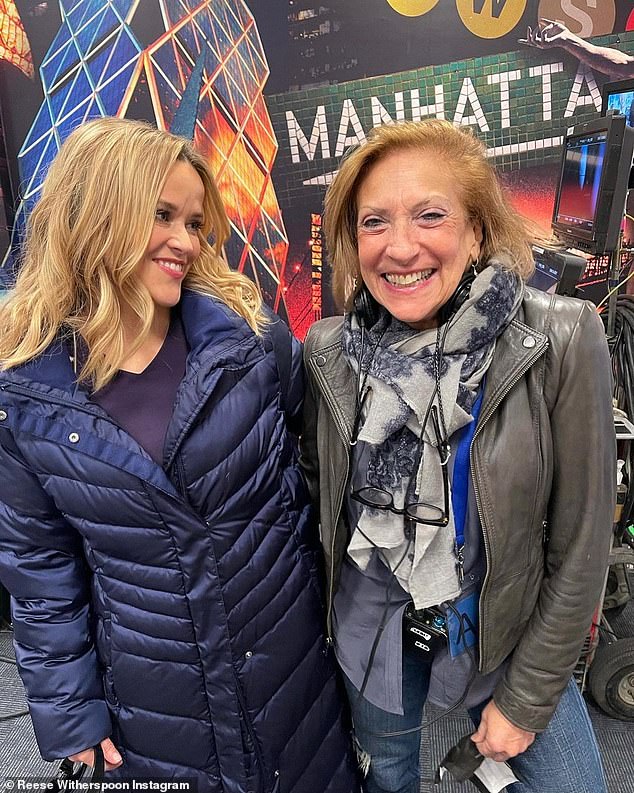 Have Fun: Witherspoon seemed to be having fun with director Lesli Linka. to have