#3 in my ranking of the Scream franchise.

After an uninspired quest to repeat the first film’s charm in the first sequel, Miramax gave Wes Craven a handful of years to get up and running music of the heart before returning with the second sequel, also written by Kevin Williamson. It doesn’t quite match the joys of the first film, nor the depths of unimaginative machinations of the second. It’s a middle ground in the short franchise that manages to work well enough to be partially entertaining. At the very least, trying to tie everything to Sidney Prescott feels more integrated into the overall story, well, as much as possible. It’s not good, but it’s okay.

Sidney Prescott (Neve Campbell) has retired from the world and lives in a remote house in the mountains of California, where she lives anonymously and answers emergency calls for women in need. She likes to skip the commercials surrounding the ones currently in production stitch 3, the universal film series based on her experiences in Woodsboro. Cotton Weary (Liev Schreiber), the man she accused of raping and murdering her mother, has become a talk show host after being exonerated with a cameo in the new film. He receives a strange call from a young female fan who gets angry when it is revealed to be Ghostface who is at his house preparing to kill his girlfriend. He doesn’t come back in time and both he and his girlfriend die. This is how the third Ghostface adventure starts. Producing the third in-universe film, it provides the most apt example of the franchise’s meta aspects and is reminiscent of the early parts of New nightmare in the right sense. The first half hour of the film in which Gale Weathers (Courteney Cox) meets fellow film actress Jennifer (Parker Posey) and discovers that Dewey (David Arquette) is a technical advisor on the film after their second breakup following the previous entry is entertaining as the actors worry about their fate in the face of a new killer, especially with the explicit mentions of previous actors having retired from the franchise for their own safety (why none of these actors play themselves, by the way, I don’t know ). However, Ghostface’s efforts are aimed at tracking down Sidney. 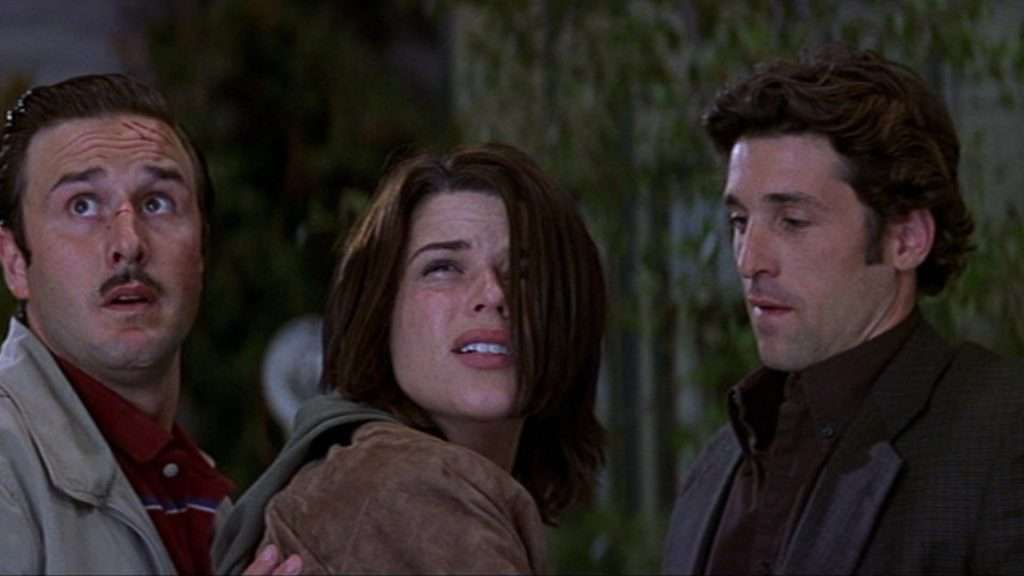 Why? Well that’s the secret. At the very least, it feels like this movie took a little time in the scripting phase to try to balance the needs of an actual story with the desire to completely shield the audience from the killer’s identity. There is a trace of Sidney’s mother’s past, from a series of production photos of her when she was very young, that Ghostface leaves on the bodies of his victims. The killer’s motive is tied to Sidney’s mother’s past, which is tied to her few years in Hollywood. However, the film doesn’t take all that much time to really engage with it in the first ninety minutes. Instead, it explores the questions of who will die next and who the killer might be, in the most mundane of ways. 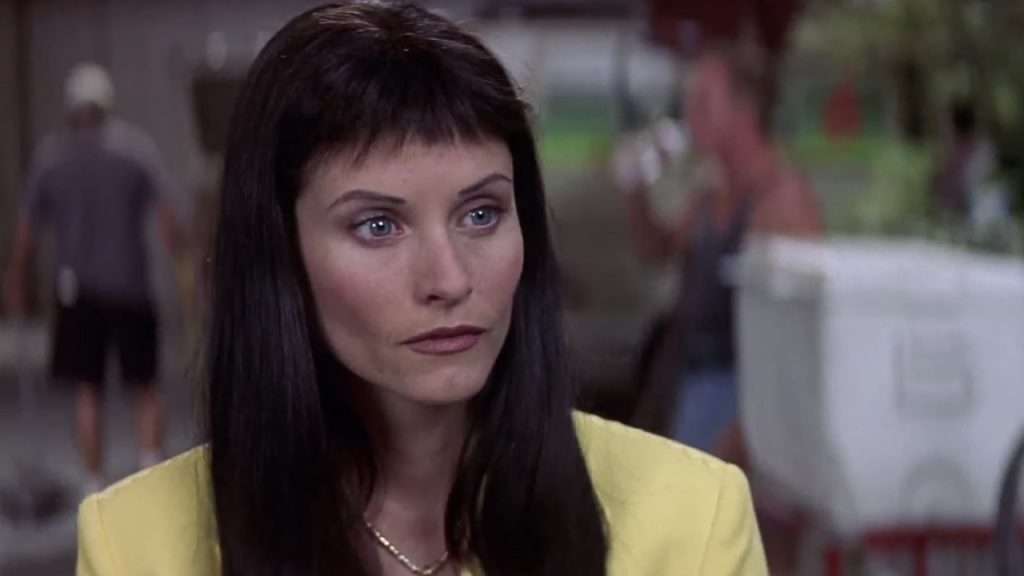 When Sarah Darling (Jenny McCarthy), one of the film’s actresses, is tricked into going into the production offices by a voice that sounds like Roman (Scott Foley), the film’s director, and she dies horribly. This catches the eye of Kincaid (Patrick Dempsey), an LA detective who is investigating the leads. However, when Ghostface somehow manages to get Sidney’s number out, she is drawn to Los Angeles to confront the others head-on. The investigation goes in all directions (perhaps most interestingly with Gale and Dewey confronting the film’s producer, Lance Henriksen’s John Milton, and his explanation of the excesses of ’70s Hollywood), and we finally come to our drawn-out finale. 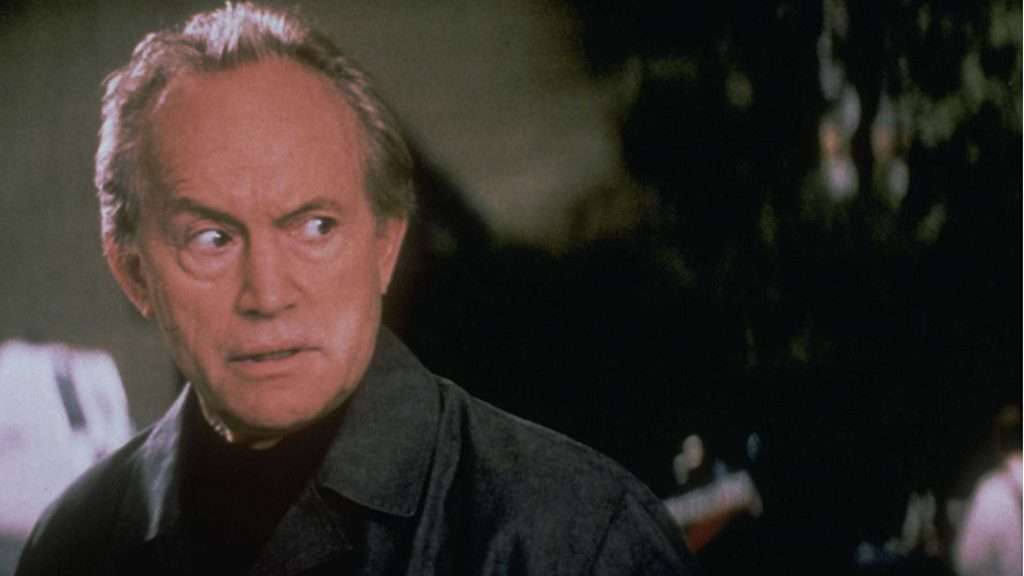 Everyone comes to Milton’s house to celebrate Roman’s birthday, but people start dying. Sidney is drawn to the house, there is suspicion everywhere as no one can be trusted (except Dewey who, apart from a brief moment in the first film, can never be suspected of being anything but a stand-up guy), and we get our big reveal. I didn’t see it coming (I mostly just look out of the guessing game in these types of movies because I see it as a waste of brain power), but I wasn’t as frustrated by it as I was in the second movie. It didn’t seem entirely out of nowhere, and I think it did a good job of retrospectively tying the villain to the first film while also finding a reasonable reason to keep Sidney at the center of another one of those adventures. 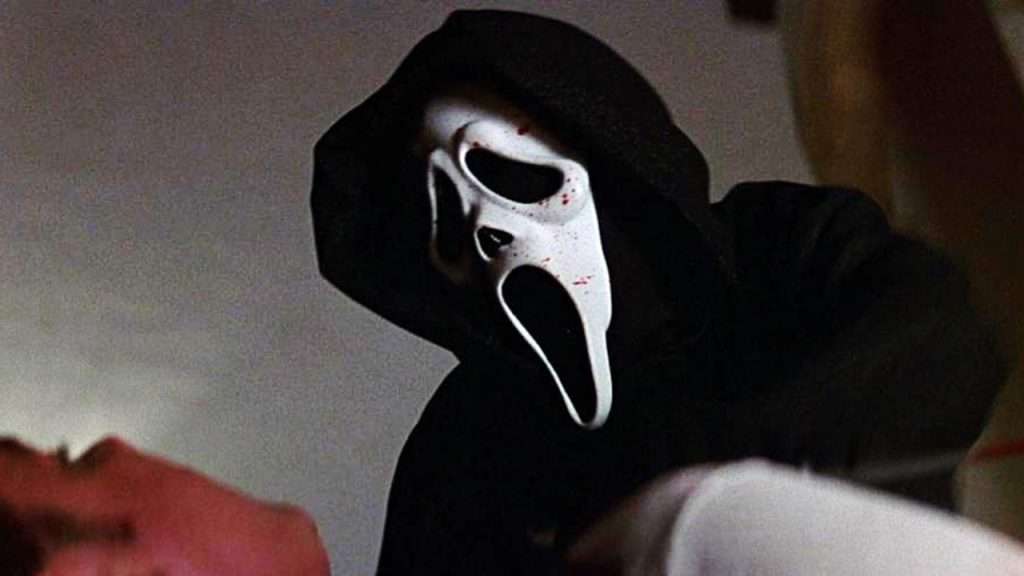 The movie still has no real core because it’s about hiding information about the real nature of the killer from the audience while sending the characters on a quest to find the killer (it just does that better than the second one). If there’s an attempt to get to a gist, it’s the idea that women are being exploited in Hollywood to make it in the industry, but that ends up being half-punches of a few jokes for too long to be what the film really cares about. Putting all that seriousness into the finale while still using the concept as a punch line for the rest of the film isn’t the best combination.

Still, it’s decent. It’s not good, but it didn’t appeal to me as much as the second one. It also leaves the meta elements on the table as little more than window dressing (Jamie Alexander, who returns as Randy in a videotape message about the rules of trilogies, is so incredible it reaches the point of parody). I’ve never been more in love with the meta elements of this series, but this initially felt like the movie that could benefit the most. But it does not. meh It’s decent.